Unfortunately, my financial assets sometimes do need replenishment. As it is difficult for me to find a job, I accepted the offer of my brother in law, to work on a construction site in the Swiss alps. I do recommend this experience to everybody.

In total, I worked four weeks in Sedrun so far. I got more than 5000 bucks in total, however, within the legal system here, you can deduct around 10 % – for the pension system, accident insurance and so on.

I did work on two interesting projects. Both of them were related to electrical power. As I have no formation in this field, I couldn’t work on live systems. We did prepare the systems for energy production in a later stage. It is interesting to see the way they work and what actually is being built. Since my last blog post, I was moved to an additional project, this time on the roof of a family home. This house wasn’t big at all. It belonged to a couple, the kids have already left and live now somewhere else. They needed to redo the roof as the old one was nearing the end of its lifespan after 40 years.

First of all, they packed more insulation and they wanted some solar collectors. They opted for an integrated system. This means that the solar modules act also as roofing material, rather than being added as an addition over the ordinary tiles. This system requires a special bar system. You can’t just remove your tiles and place the solar modules instead.

The system, I believe it’s the mega slate system from Meyer-Burger, it is advertised as easy to install. In fact, it is so easy, that even I could set all the hooks and the rubber blocks. However, you need to install a lot of hooks. Every solar module is held to the roof by five hooks. Every hook has two screws. Because it is within an alpine environment (Sedrun is located on 4608 ft in height) every module needed an additional rubber block right in the middle. They act as a support in case of higher snow loads. If there is a lot of snow on the roof, the solar modules otherwise may bend and break. Everyone of these blocks needs two screws as well. And between the hooks, I had to install two smaller blocks as well. In total I had to screw in 14 screws per module. They had around 150 modules. A lot of screws.

My brother in law was extremely kind. He even brought a compact screw driver (similar to this) from his private tool cabinet to work, because he said the Hiltis they had in the company were too heavy. As I’m a man I would have preferred something like this, but after driving in screws for let’s say 10 minutes, I understood what he meant. It was the same method like in thru-hiking: Every gram counts. I worked with this tool 9 hours a day. 9 hours of pointing this tool in a bended position. No joke. He even ordered a special pouch for me. It allowed me to carry 300 screws at a time and having them accessible within a split second.

The hooks I mounted using a template. I was a little proud of my templating skills. Unfortunately, the roofer who constructed the bar system used the cheapest wood possible. My brother in law assured me, that it will hold for decades but it feels and looked like junk. Sometimes the screw would turn too much and lose all the holding power, sometimes it was so hard to drive the screw in, that the screw would break.

The entire time I moved with the Cascadias on this roof. My ankles didn’t disappoint me. I never twisted my ankles and I never felt although I had to carefully balance the entire day. Once the boss of the company asked me, if it was comfy with this shoes on this steep roof. I replied that I feel safer than those with heavy boots. 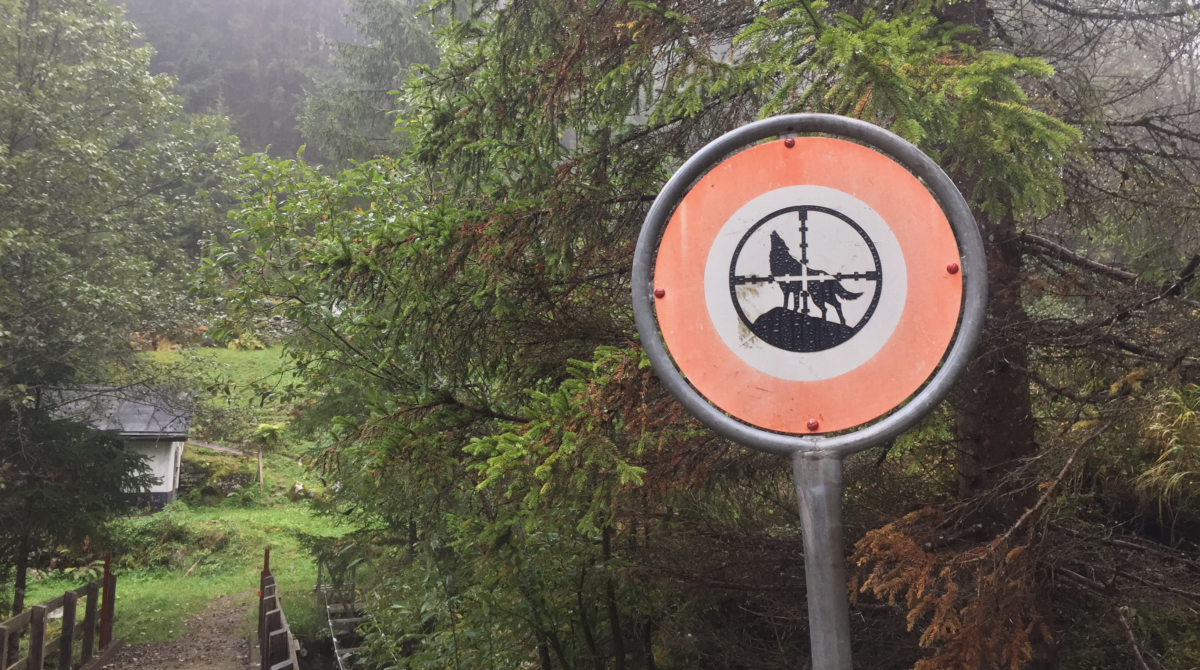 Idiots! May the Wolf byte them somewhere, where it hurts…

Hiking wise, the 4 weeks I spent in the Surselva were a big disappointment. I just made it to the real mountains just once. My plan was to hike the Russein valley up to the Cavardiras hut and then hike to the Maderanertal. I would have worked out just fine. It rained and was fogy sometimes but nothing special happened until I nearly reached the hut. 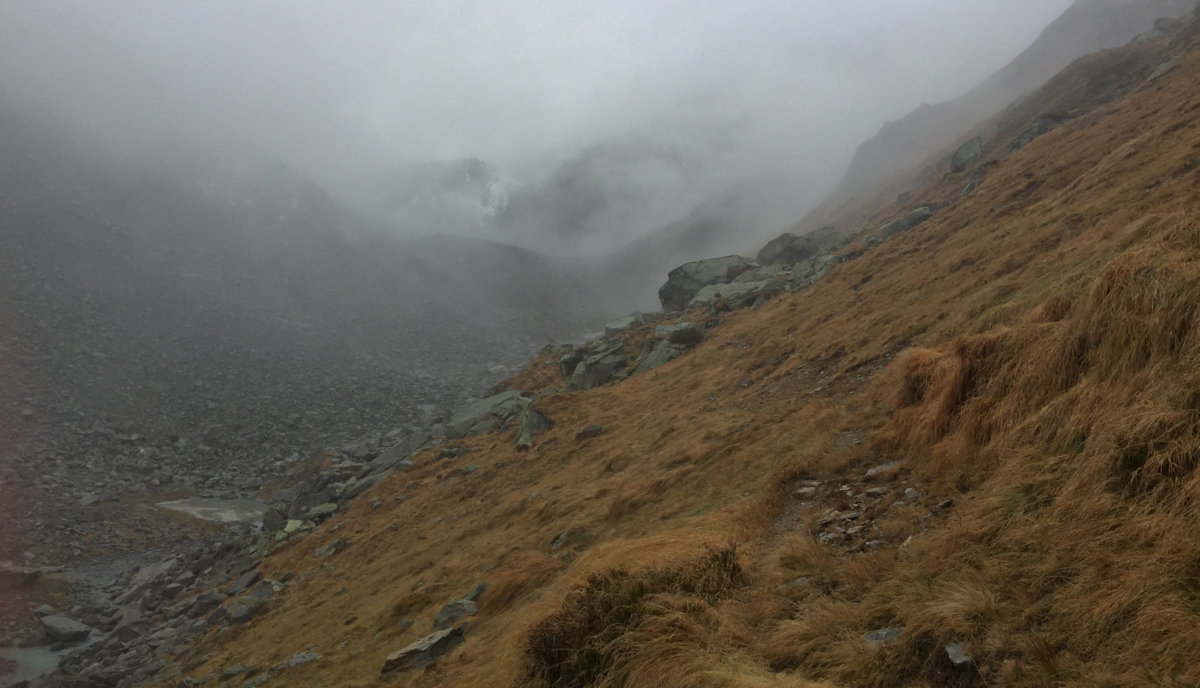 There was snow. Nothing like a firm snowfield you can cruise through with spikes or snow shoes. It was snow on a scree field with 3 foot boulders. 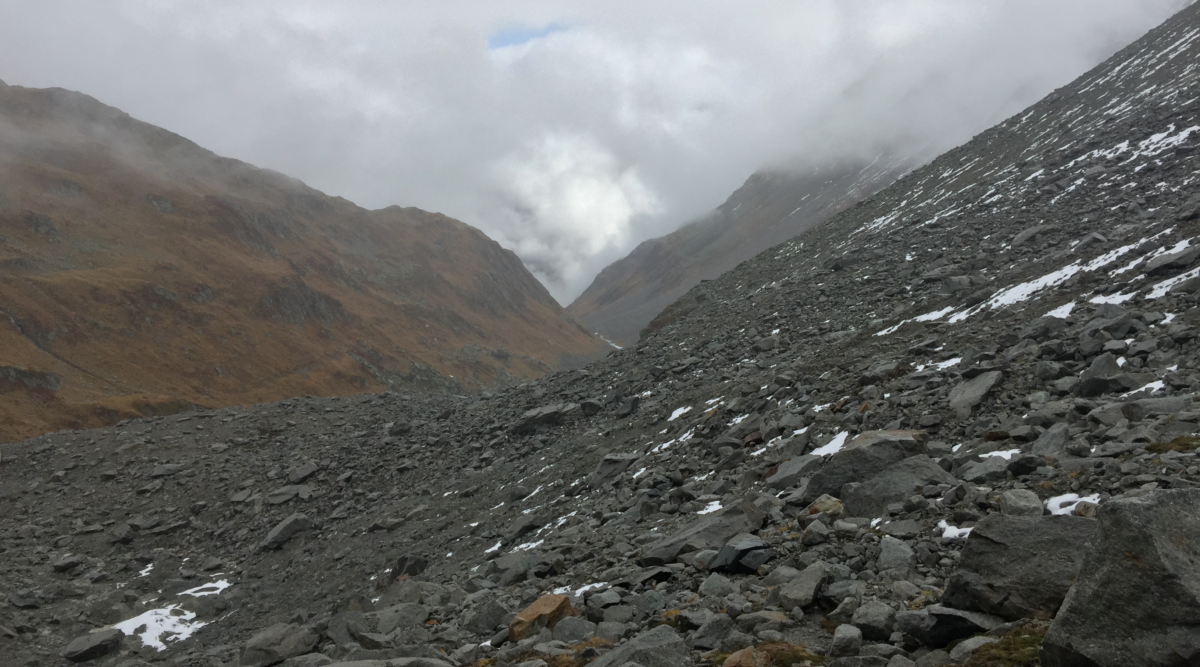 There was no way to determine how deep the snow was. For testing purposes, I once carefully put my feet in. I was finding myself in snow up to the hip. Of course, it was flat at this point. 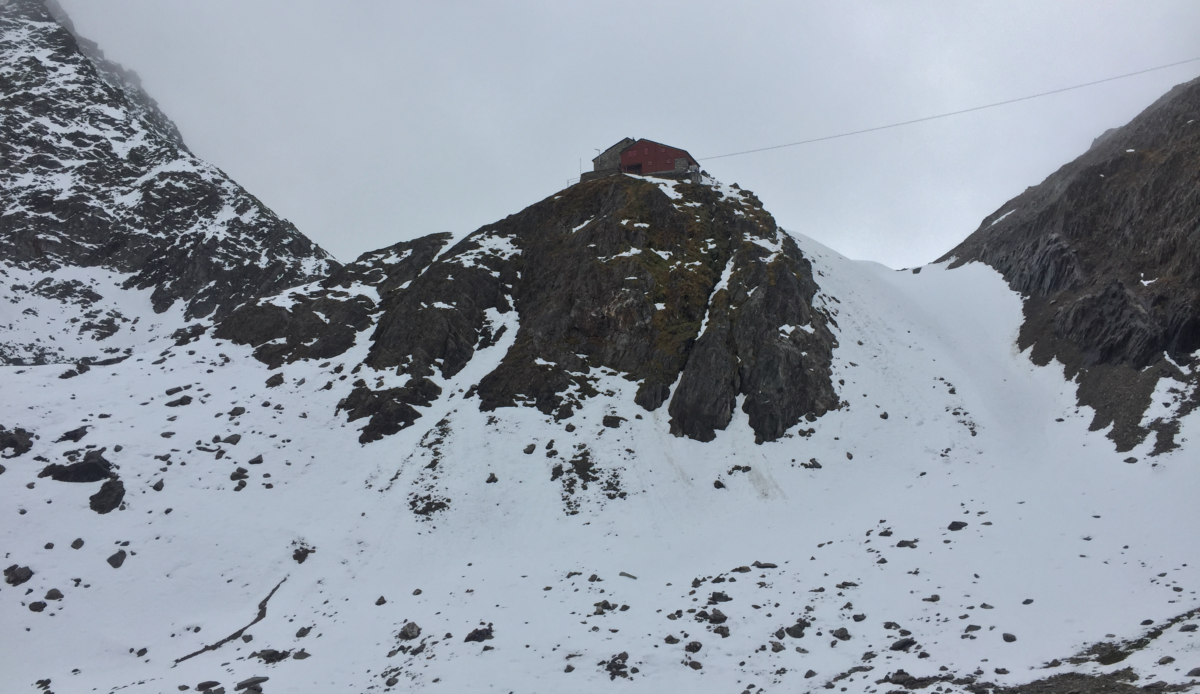 The way was otherwise pointing directly into extremely steep snow fields. So, I had to turn around.

Weather got better during the day

I saw some marmots all kind of birds. I even heard a deer calling, as the hunting season was over and the surviving deer now mate.

I hiked only 8 hours and just 16 miles. This is on the lower end of my possibilities.

Val Russein in fall, still not to bad

Unfortunately, I did not make it up to the Muraun. From both of my working places I had it in sight the entire time. The snow nearly melted away on top, as my local co-workers predicted. Until Friday. The last day of my career in the alps was spent wearing heavy jackets in the snow.