The day starts not very good: I made it fine to the first train to Bern, but the train makes it not even 100 m out of the station. Technical problems. I am afraid one of the party people may have used the emergency break. After half an hour they manage to put in reverse and open the doors again were we started.

It is cold at the train station in Bern but soon we are on our way into the wild Emmental. I get my sunscreen on in the train and hope that there will be a mirror on the public toilet to mount my contacts. There isn’t so I hike with my ordinary glasses. Yesterday I bought a hydrogen peroxid cleaning system for my contacts for nine bucks, but you need to let it cure for six hours. I had to work and couldn’t do it as I got up on 4 in the morning.

In Langnau I get back to the trail and the first farm has their dog on a chain. The next one isn’t, and his owner can’t see me, so the dog runs in my direction. I lift my poles. It is already enough to let some wild phantasies about aiming systems enter my brain.

My relationship to dogs is really strange. There are hundreds of gates I have to open and close the entire day, sometimes the path leads you right into a farmhouse. I manage to convince a dog that I am no threat and he lays down again.

The landscape is now changing towards a more alpine environment. I see seldom somebody but if, they are carrying incredibly huge backpacks. I really wonder where they are going. As far as I know, we are not on the Camino and the people would be marching in the wrong direction. Maybe they have just overdone it with clothes or le Creuset. Or they bought all their food in Italy as it is way cheaper and want to cross Switzerland on one resupply?

Everybody wears heavy walking boots here. There are groups of people suddenly. The men must work with food or beer as everybody has too much natural padding. I can tell from their dialect they are not from around here. My mood improves with the landscape. It gets better all-day long.

There is just one problem. Thunderstorms. In Eggiwil there are the first real mountains of this trail. And their peaks are covered in dark clouds. I continue in direction of Sörenberg. Sometimes I hear thunder, but I am well protected in the valley. There are high-voltage power lines above me and phone lines.

It rains for an hour or so, but I don’t care. I stay dry in my not so cheap Gore-Tex jacket which has proved its usefulness over and over again by now. The climb up to Salwideli is no big deal.

There is a memorial placard for four soldiers who died here – in an accident of course, during basic formation. There are also grave-lights and children paintings in another spot. Looks like somebody died there. 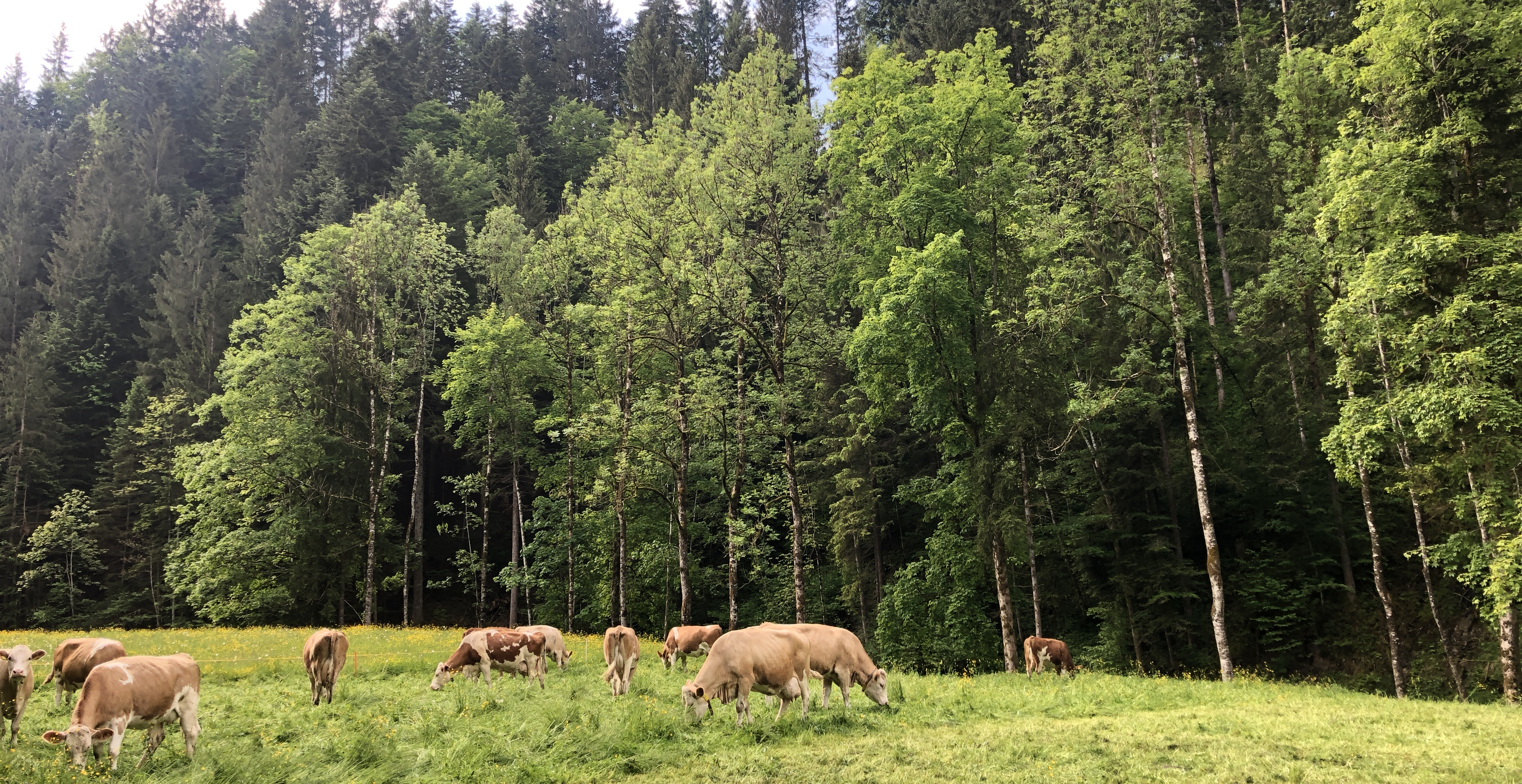 The path is muddy and although it is not yet full cow season, those cows out by now already destroyed their patches and they stand in swamp. The weather turns, and the clouds move away but going down to Sörenberg it turns again. It is 6 in the evening and I decide to sleep in Sörenberg. This town is a typical tourist place, specializing to serve not uberwealthy guests.

Schratenflue, seen from the way up to Salwideli. Will see much more from this mountain tomorrow.

As a wanderer, you pass behind some hotels entering the town and everything is a little bit run-down. It is between seasons. I call one hotel I saw in google, they have a room, I don’t even ask for the price. I am prepared to pay 100 bucks but the waiter who also serves as manager of the place charge me 40. It is a steal. To claim the room was very nice would be exaggerated but it has a shower and a bed, that’s all I need anyways.

They will serve breakfast at 8 in the morning, by then I am long gone anyways. They partnered up with Swiss mobility but to be honest, I don’t believe that they will see many hikers in the coming season. The waiter cannot conceptualize my section, as he never hiked. Seriously, the hike-worthy part of the trans-swiss-trail starts in Eggiwil. The rest was just boring.